I am a hardworking and ambitious graduate with a MSc in Games (Design Track) from the IT University of Copenhagen, who is currently looking for new opportunities and challenges where I can utilize the knowledge I have gained from my degree and develop my skill set further. I am passionate about concept development, storytelling, narrative design, level design, puzzle design, and providing players with fulfilling and engaging experiences that will make their eyes light up. 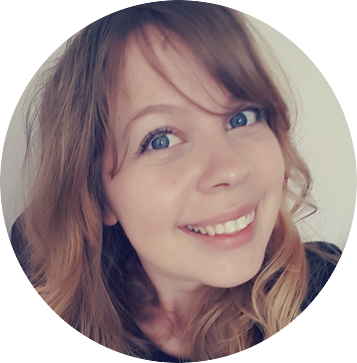 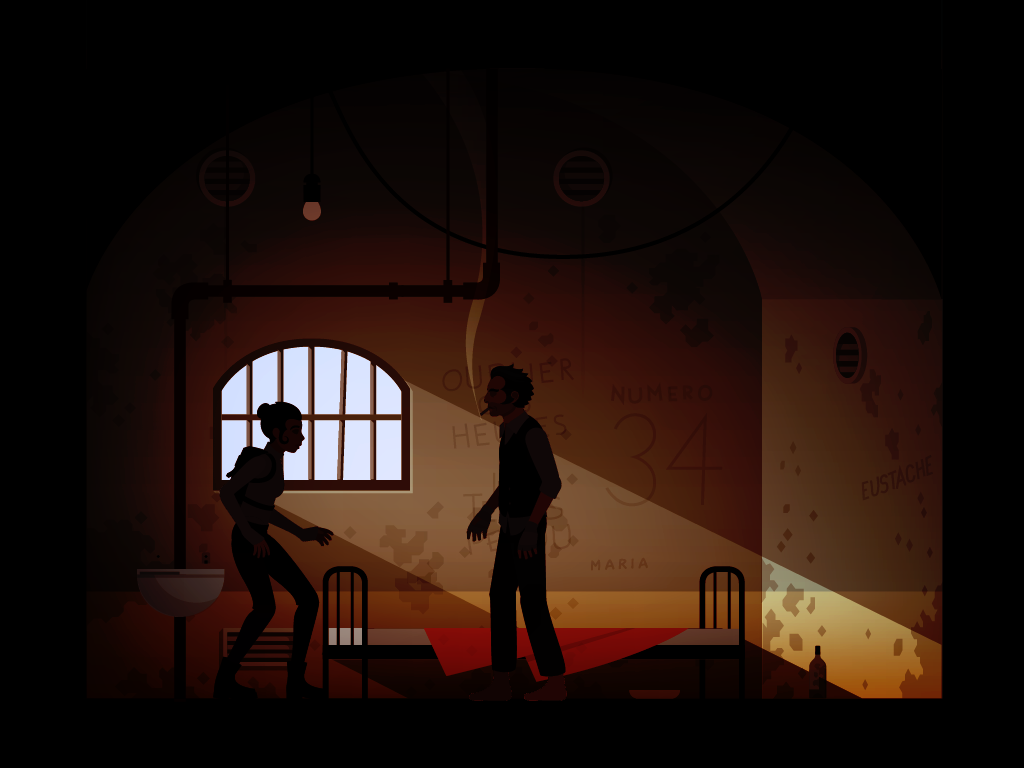 Midnight Girl is a 2D point-and-click adventure game for tablets and smartphones, which is currently being developed by the Copenhaged-based game studio Italic. The game takes place in France during the Sixties. The story, mood, and style of the game are inspired by the city of Paris, Belgian comics and heist films from the Sixties. The game focuses on story, atmosphere and character development.
My role
I was an intern at Italic for 5 months in connection with my studies, and was subsequently hired as a part-time student worker for an additional 5 months. During my time at the studio, I assisted with setting up levels in Unity, implementing dialogue and sound, and testing and balancing. I also worked with the lead level designer in designing and adjusting the puzzles and flow of each level. Finally, I assisted with the creation of cinematic sequences for the game, using Unity Timeline. 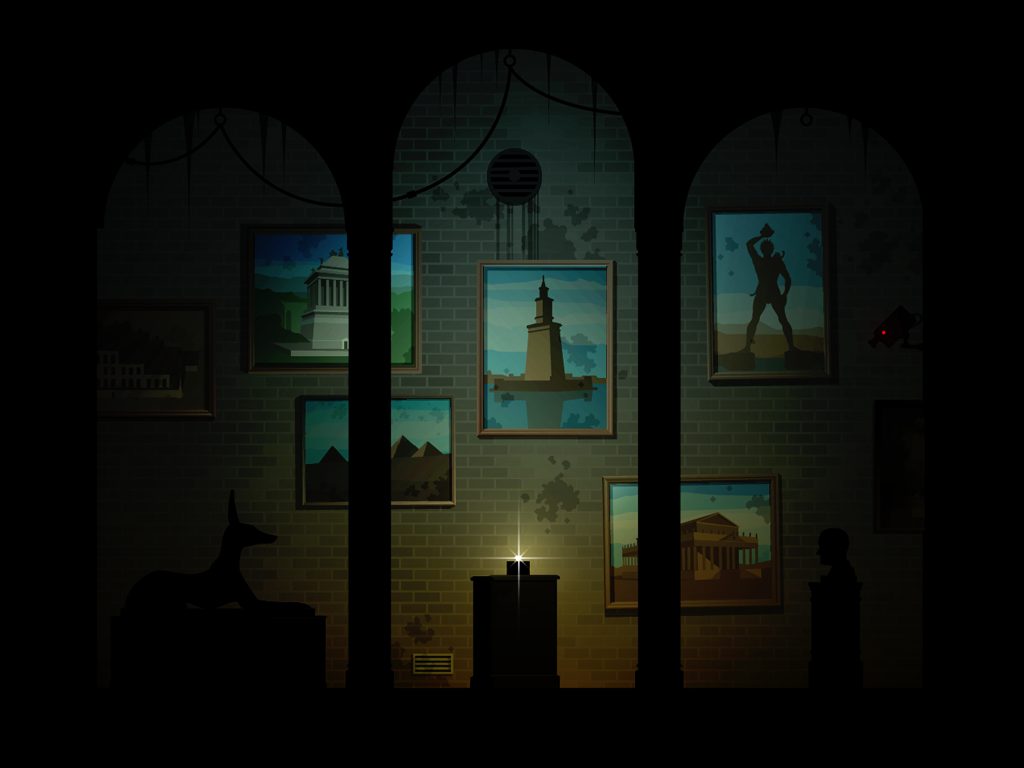 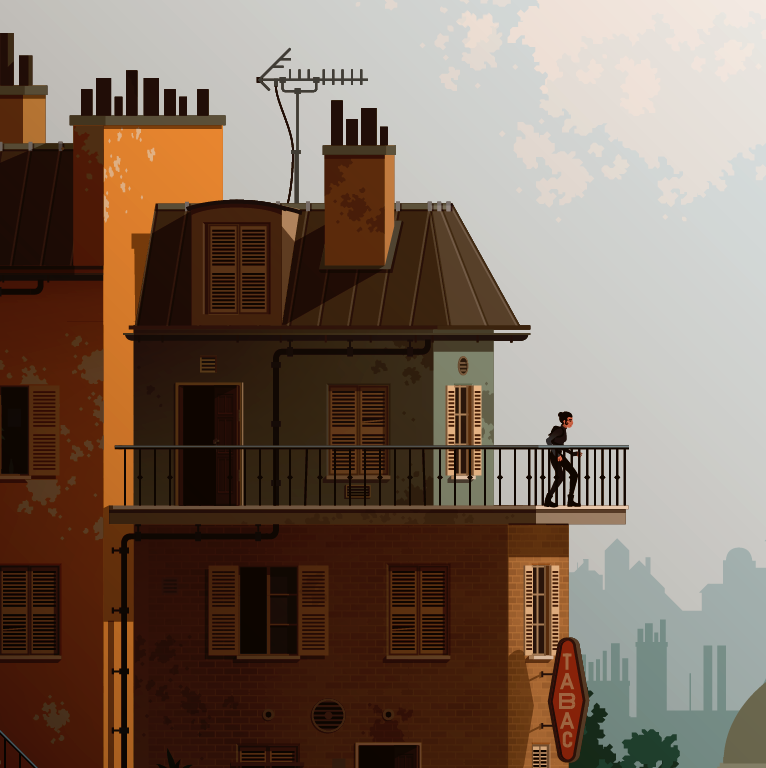 Student project: Too Many Crooks 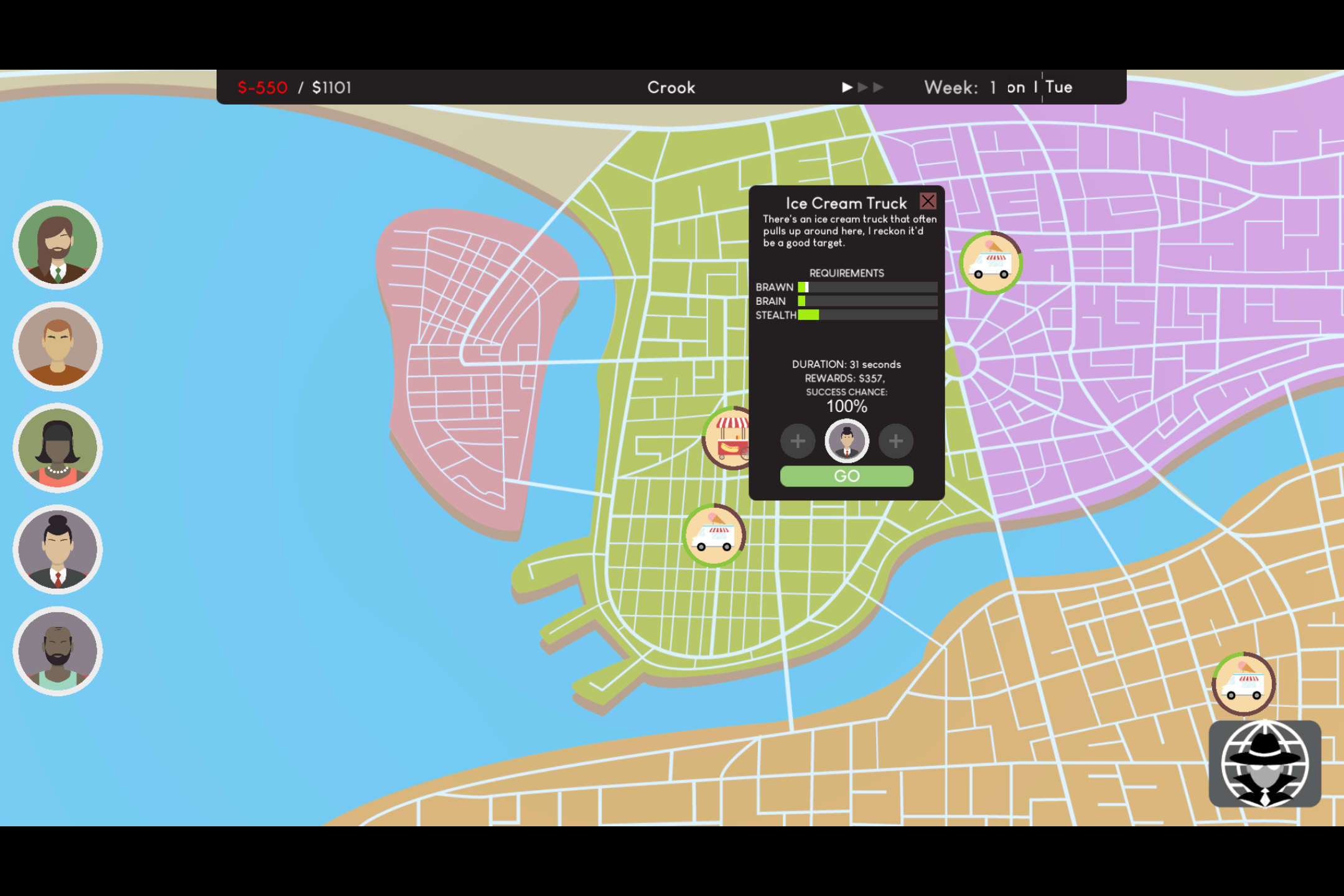 Too Many Crooks is a never-ending crime management game. Recruit a ragtag team of criminals and send them out on crimes from raiding humble hotdog stands to a full-on bank heist. But, as you advance your crime syndicate, you might find it harder and harder to stay afloat. An angry debtor from your past wants their money back, and fast. You’ll need to keep them satisfied with weekly repayments. And, if you can’t cough up the money, be prepared for the consequences. You might just learn that, in the end, crime never pays.

During the development of Too Many Crooks, my role was primarily to act as the Art Director and UI designer of the team. However, as our team’s structure was very collaborative and informal, I also frequently assumed the role of Game Designer, especially at the beginning of the project. 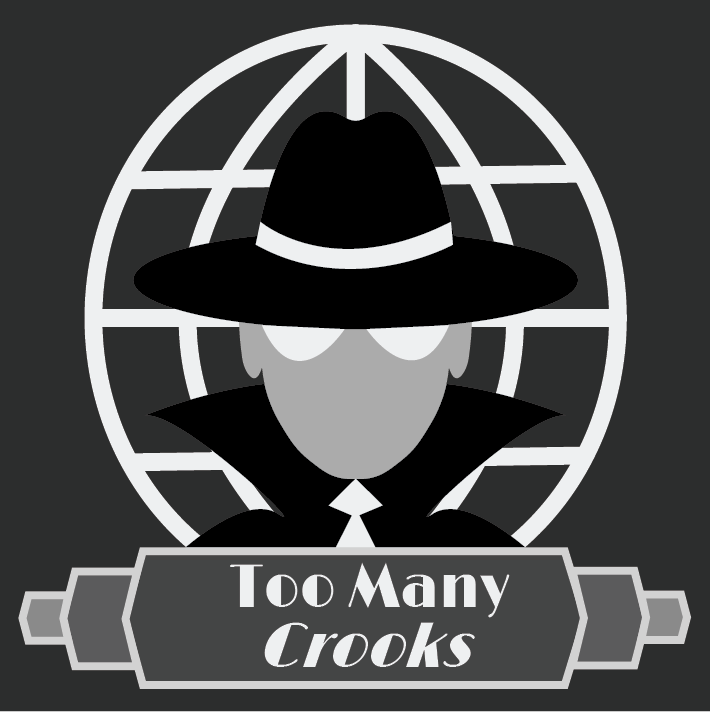 “This poor panda has been badly hurt! You have to get it to the hospital before it’s too late!”

Panda Protect is a game about sympathy. It’s designed for two players, each of whom control a ninja who has to lead the panda to the hospital before it gets shot by poachers or bleeds out from its wounds.

The red ninja controls the up and left arrow keys.

The blue ninja controls the down and right arrow keys.

As you make your way through the forest maze, you will be chased by snipers who will try to shoot the panda before you can save it. While they are not always good shots, their bullets are fatal!

If your panda runs low on health, you can feed it pieces of bamboo – these will appear randomly in the forest as you progress. 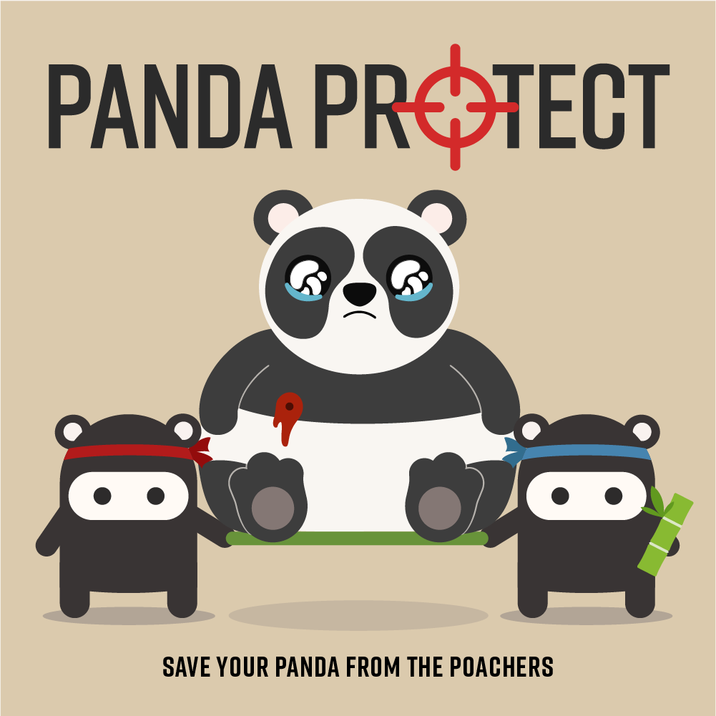 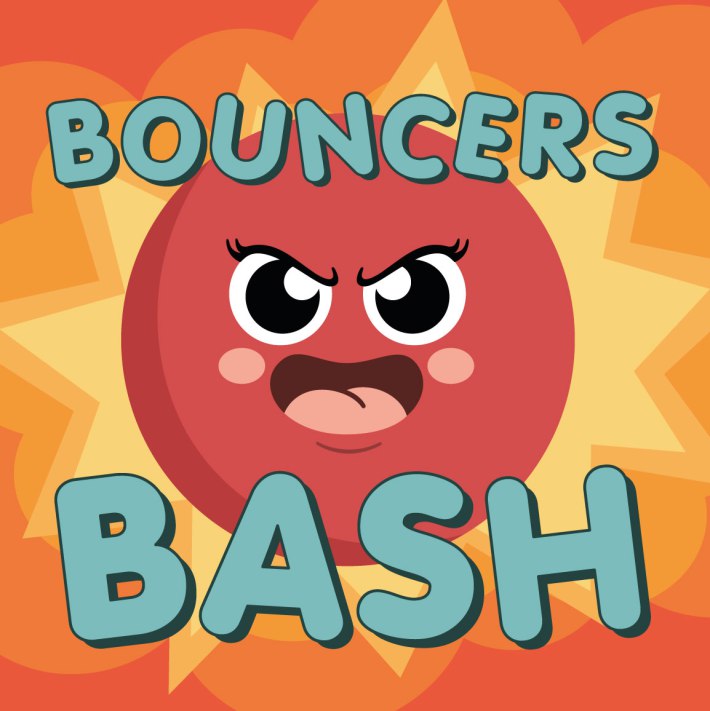 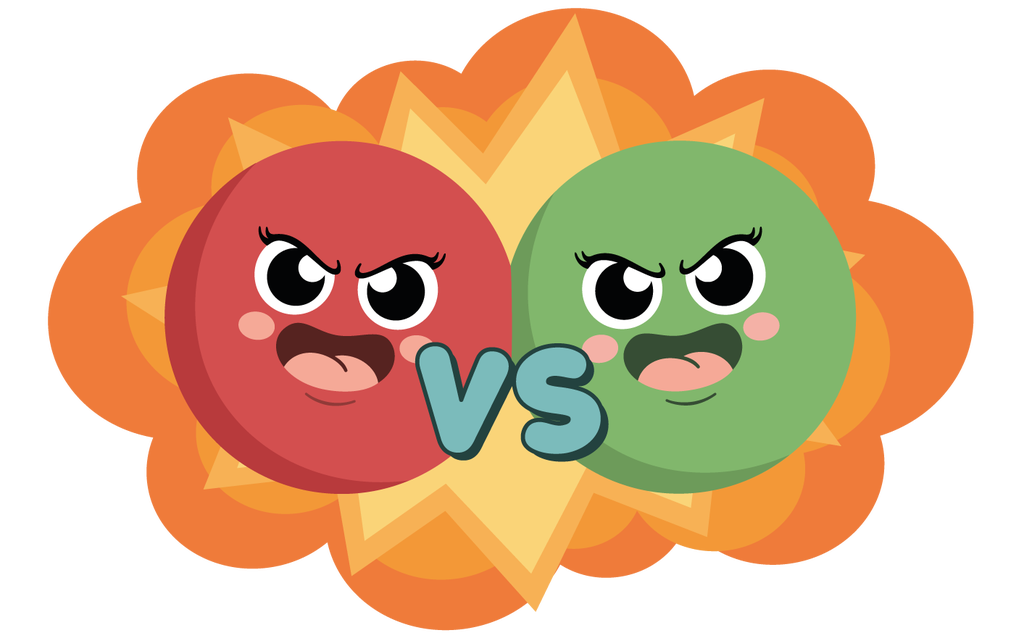 Bouncers Bash is a fast-paced and intense game, but still simple enough for everyone to join with little to no explanation. It was created with spectators in mind, and audience participation is highly encouraged. 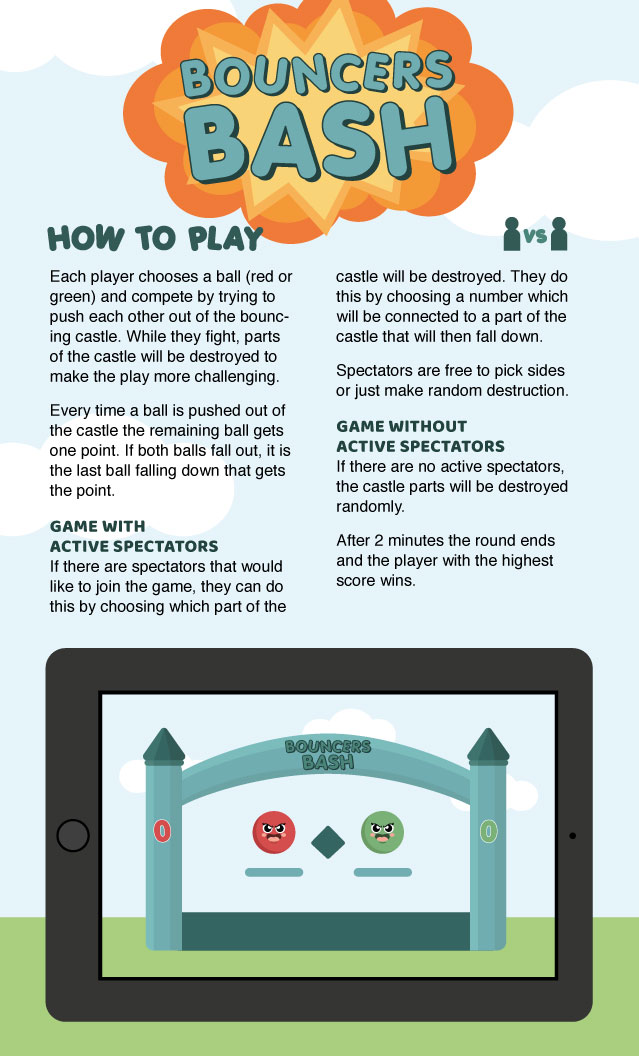 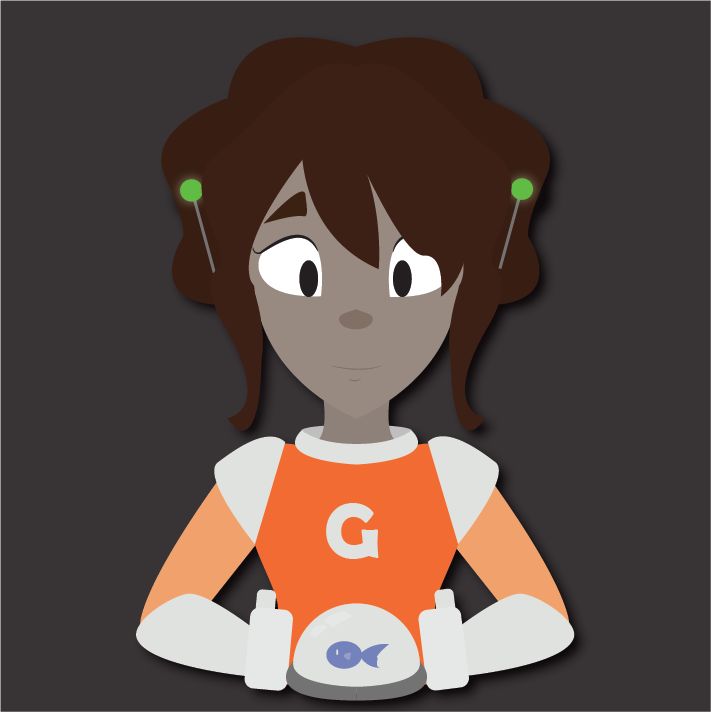 Immersed is a game about a space mechanic who crash-lands on Mars many years after the fall of technology. She must find a way to fix her space ship and find out what happened to the rest of her crew, meeting a variety of colorful characters along the way.

This project was done in connection with a course on Game World Design. As the Character Artist for the project, my role was primarily to communicate the feeling of the world through the design of the characters and their animations. 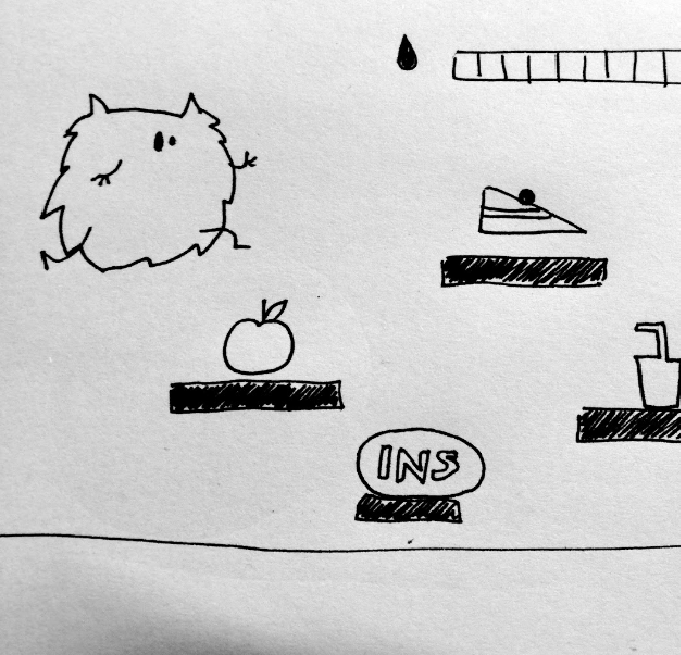